Even when the parameters are of primitive types defined by .Net, you may want to provide a nice editor that allows easier editing for a parameter that doesn’t have a simple syntax. One example is the Team Foundation Build built-in Build Number Format **editor. 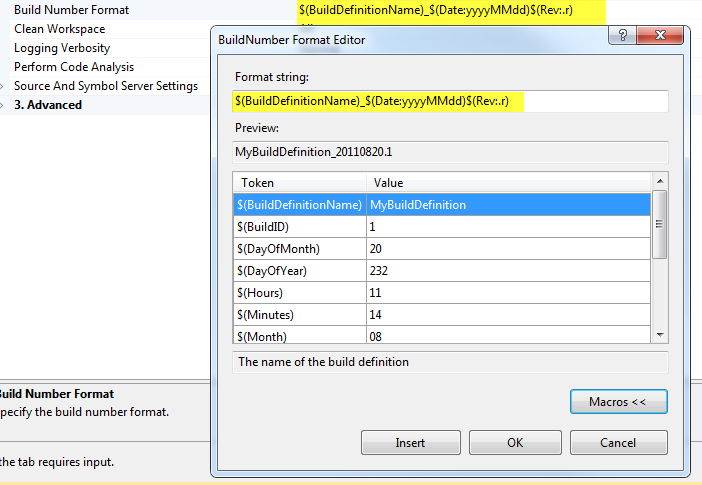 While writing such an editor is easy, (I will not go into such details since Jason Prickett has already done a great post about it.

While writing this kind of integration is pretty easy writing the UI for object may be a somewhat tedious and long task. For example you want to reference objects stored inside TFS like a file stored in source writing the navigation can take some time.

This was exactly the situation I faced recently;  designing a complex process template in which I have (among many others) two parameters which reference a path and a file in source control.

While power users don’t mind entering $/MyTeamProject/MyProject/Trunk/ in a text box, it’s not something a regular user would want to do.

While writing the glue to Team Foundation Build is easy, writing a source control folder picker like  Browser for Folder requires some work.

I would rather spend my time providing business value than writing plumbing. Since Microsoft obviously already has some code in place it would likely just be a matter of leveraging that.

There were basically two possibilities:

Alas, none of these options appears to be available.

Not all is lost however; there is no publically available designer but there is an internal one (which means it may change in the next version but highly unlikely)

Luckily, they are implemented in Microsoft.TeamFoundation.Build.Controls assembly, which is where the UI for the builds is also stored.  So we can freely reference it the Editor Parameter in the Metadata argument to enhance our user experience. (see Jason Prickett’s post on how to do this) 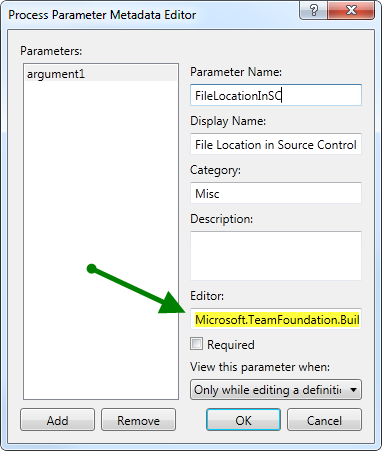 Image 3: Editing the Editor parameter to specify the custom designer

Image 4: Ellipsis Available to use 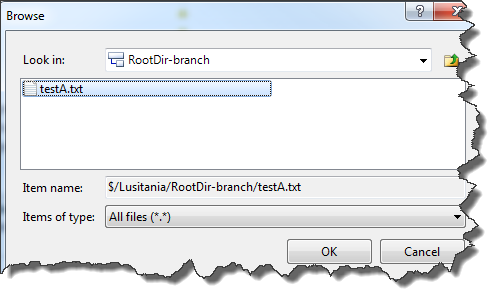 Not bad for something that takes 15 seconds to implement and greatly enhances the user experience.

Other designers included in the same assembly, that you can leverage to improve the user experience