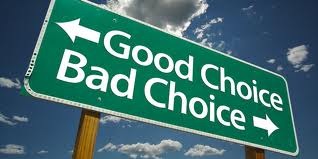 Recently my former business partner Bruno Camara (I say former because we no longer own any shares of the company we the company we  co-founded (a Portuguese consultancy shop focused on Microsoft products) ) [re] started blogging.

When we started the company (8 years ago), we knew it wouldn’t be an easy task. Specially in a country where those who succeed are not viewed with pride but with envy, whose success has surely arrived due to luck,scams or some shady patronage. Work, talent or risk taking are variables that are never considered to be part the equation.

“When I, and my co-founders, founded Agilior, we did an exercise where each one had to describe the reasons (personal or professional), for starting our own company. In my case, there were basically two main reasons.”

I really have no recollection what I’ve wrote in the first exercise Bruno mentioned (actually that was the second exercise, we did another one first but that is a story for another time), but it probably could be summoned in a single and very simple sentence “To have fun”. But I’m already digressing…

After the customary introductory post, he went for the jugular and wrote a post about the biggest mistake he ever made as a founder.

I’m not exactly sure if he wrote it for cathartic reasons or merely trying to seek redemption from his (alleged) sins.

I’m neither in position to provide therapeutic help nor absolution

First of all, the “mistake” (like all mistakes we did) doesn’t has any ownership (the motivations might have been different, but the decision has been jointly made). When you run a company in co-ownership (doesn’t matter the proportions), after the fact has been consummated it doesn’t really made who had the idea, was the bigger or smaller proponent (or even opposed). Once a decision has been made (it doesn’t really matter if you _were_ against or in favor), it’s made and it’s a joint decision; it should be pushed as hard as it can by everyone no matter who had it or fomented it.

This should be lesson number one when running a company, it will save a lot of grief, infighting, waste of energy and resentment down the line (which is probably the most wasteful sentiment there is). But this is surely a mistake we _never_ made.

From the beginning we always viewed mistakes, not as a negative but as a positive thing , as long as as the following premises were true

From inexperience and natural exploration of new territories, mistakes are bound to happen. Obviously they are a thing to avoid, for that you should try learning from the experiences of others so you don’t have to make them as well (to paraphrase Newton  “try to live on the shoulders of giants”).

Some mistakes have to be made on your own, they are a fact of life, so you better learn from them.

(Amber Rae argues that failure is the path to mastery)

With this in mind I wouldn’t say the referred mistake was the biggest one we made (on this particular case relying on wishful thinking,not putting in writing some of the goals/objectives and the consequences of not meeting them were surely among our biggest mistakes, but not the decision itself). It has been a life lesson, which I happen not to repeat again.

We made some mistakes (not a single fatal one and not an awful number of them) but we also had a lot of good decisions. In hindsight we probably had more good decisions than bad ones.

But since we are talking about mistakes, we had a bigger one. (the biggest one). One that was big enough to haunt till this day.

It has been clear from the start that we needed to have processes and metrics to evaluate progress and objectives, if we wanted to grow & scale . Either you are starting a lifestyle business , a startup that will grow exponentially and wants to change the world or something in between; a process is fundamental. Unless you want to end up managing the growth pains instead of focusing on your business.

And this was (what I consider) our biggest mistake. Although we knew this, and implemented most of them from the starte, we failed the in what should be simplest part of the equation. The human one.

Perhaps we drank the Agile kool aid in excess or just made a too loose interpretation of some parts, perhaps we believed too much in the human nature or it was just wishful thinking (or I’m wrong and life has made me a cynical person).

Once we realized the mistake, it was practically unfixable. Like trying to close Pandora’s box or putting back the worms in the can, you can do damage control and try to mitigate it, but to reverse it required measures we didn’t want or simply couldn’t take.

Our biggest mistake was not setting clear expectations and not implementing up accountability mechanisms for the people we that worked with us. This was probably due too much wishful thinking, believing too much in human nature and relying on people maturity and waiting for them to right thing.

Probably due to the fact that’s not our nature to work in a command and control manner and my belief that people should do things because it is intrinsically right and not because of fear or extrinsic reasons. In hindsight more transparency would probably have helped (but would not be enough), but failing to implement these two things have been probably our biggest mistake, something that would too hard to revert once a certain culture has been established and too ingrained almost as if it was part of the DNA.

In hindsight it’s even more tragic, since I’ve always considered myself more as an Hobbesian, than on Rousseau camp. Betrayed by wishful thinking (oh well, never again, at least until the next time

To summon it up the mistake was not, not going into a top down command and control approach, it neither was our nature and we intuitively knew command and control wouldn’t scale. We did the right things and the ideas were right (I would do it again) it’s just that the execution wasn’t adequate.